AceFinanceNews – BRITAIN – April 30 – The Co-operative Group is facing calls to claw back pay from the executives who presided over its tumble towards collapse as a review blames a “culture of mediocrity”.

The independent review of the problems which led to a £1.5bn funding gap, carried out by Sir Christopher Kelly, was commissioned by the bank before it fell into the control of US hedge funds.

It concluded the roots of its problems lay in its 2009 merger with the Britannia Building Society – burdened by property loans which turned sour at the height of the financial crisis.

Sir Christopher said the bank’s demise reflected a “sorry story of failings” on many levels.

The review found “overwhelming” evidence that Britannia chief executive Neville Richardson, who took over as boss following the tie-up, failed to leave the new business “in a good position” when he left in 2011.
It also said the culture of the bank was such that there was a “willingness to accept poor performance” and a “tendency not to welcome challenge”.

Led at the time by Peter Marks, the board of the wider Co-operative Group was also criticised.
Sir Christopher said it had failed to provide an “effective stewardship” and had let down the group’s millions of members.

The findings were released as research by Sky News identified pay and bonuses among three key figures in the Co-operative movement worth more than £12m between 2008 and 2012. 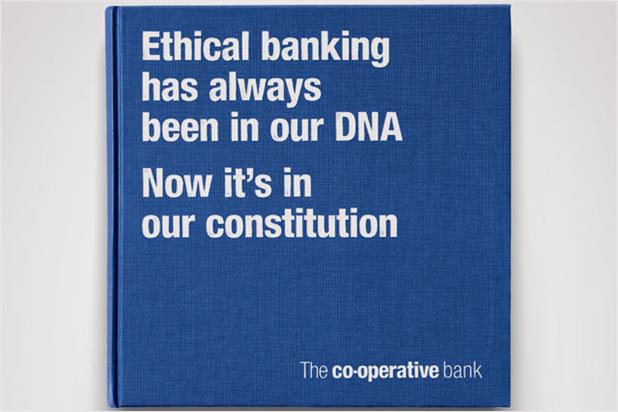 In an interview with Sky News John Mann MP, a member of the Treasury Select Committee and member of the co-operative movement, slammed rewards for failure and said the report showed that shareholders deserved to get money back.

Commenting on the conclusions of his report, Sir Christopher told Sky News: “The executive of the bank proved incapable of dealing with some of the difficult issues it faced.

( Guardian) Reported – December 13 – Regulators should investigate how investment banks are paid for takeover advice, according to the head of the Treasury select committee, after JP Morgan revealed it received £7m for advising the Co-op Bank on its disastrous merger with Britannia Building Society.

The US bank would have received nothing if the deal had not gone ahead, the bank revealed to MPs.

Members of the Treasury select committee said the investment bank had given “a green light” to Co-op’smanagement to do the deal which generated a multimillion pound fee for the US bank.

Tim Wise, one of JP Morgan’s top bankers, admitted that the Britannia merger had worked out badly but insisted his bank’s advice was sound at the time and that he would never be swayed by the prospect of a large fee.

However, the committee’s chair, Andrew Tyrie, said after the hearing that regulators should scrutinise how investment banks are paid for orchestrating takeovers. “A fee structure for the provision of independent advice that heavily incentivises one outcome over others strikes me as inherently problematic.

The industry and the regulators will need to look closely at the way such advice is remunerated,” he said.

The losses, in line with expectations, come after the bank’s failed bid to buy 632 branches from Lloyds Bank last year.

The deal collapsed after the discovery of a £1.5 Billion black hole in the Co-op Bank’s balance sheet.

Parent company the Co-operative Group lost control of the bank to a group of US hedge funds that launched a rescue deal in December.

It also apologised to its 4.7 million customers.

Co-op Bank chief executive Niall Booker said: “We appreciate that customers and other stakeholders continue to feel angry about how past failings placed the future of the business so seriously at risk.

“I would like to apologise to them, to thank them for their continued loyalty and to thank colleagues for their commitment during such difficult times.”

The bank said it would not pay out £5 million to former executives who left the bank after its near collapse last year.

But Mr Booker will receive a £2.9 million pay package, which includes a basic salary of £1.2 million and up to £1.7 million in performance related bonuses.

Mr Booker could also receive a potential £1.2 million as part of a three year incentive plan based on the future performance of the business.

It said up to 40 of its high street branches will close this year, which is likely have an impact on jobs, although the bank has yet to put a figure on the number of posts under threat.

The results were published after two earlier delays.

IBT reported that the Former HSBC banker Niall Booker has taken over as leader of Britain’s Co-operative Group, after ex-CEO Barry Tootell stepped down in the wake of suggestions by ratings agency Moody’s that the Co-op’s banking operation may need a government bailout.

Booker will take charge of the group’s finance arm Co-operative Bank, and become deputy chief executive of The Co-operative Group, on 10 June.

He was previously the head of HSBC’s North America business until stepping down in 2011, after 30 years with the bank.

Earlier this month, Moody’s slashed the bank’s debt rating to junk status, due to concerns that the Co-operative Bank has a £1.8bn (€2.1bn, $2.7bn) black hole in its balance sheet http://www.ibtimes.co.uk/co-op-barry-tootell-niall-booker-471772

#AceFinanceNews (Reuters) – Euan Sutherland, the man tasked with rescuing Britain’s 170-year old Co-operative Group, quit on Tuesday and warned it was impossible to reform the mutually owned company unless its directors adopted a more commercial approach.

The Co-op, which runs a bank, supermarkets, and funeral homes, suffered what Sutherland called the worst year in its history in 2013 when it discovered a 1.5 billion pound ($2.5 billion) capital hole in its banking business.

Problems at the group, which is owned by its 7.2 million members and extols an ethical approach to business, were compounded by a drugs scandal involving the bank’s ex-chairman, Methodist minister Paul Flowers who had little financial experience.

Sutherland wanted to reform the group’s unwieldy governance structure to bring a higher level of corporate experience to the group. It has a tangle of boards populated by members elected from regional units of the organisation.

But after 10 months in the job, he tendered his resignation on Monday in a letter saying the Manchester-based group was “ungovernable,” a source said earlier.