#AceFinanceReport – Among the roles to go are customer advisers, banking consultants and branch managers: Direct Line is telling staff about plans for 800 job losses across various sites between 2021 and 2022: One of its regional offices will close, but the location has yet to be revealed. It has numerous sites, including its headquarters in Bromley, as well as Doncaster, Leeds, Manchester, Bristol and Ipswich: The firm, which does not have any shops, blamed changing customer behaviour, such as the move to digital, for the cuts. 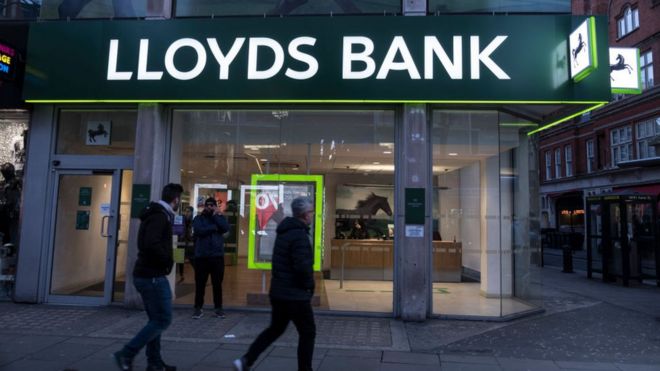 What has happened at Lloyds?

A week ago, the UK banking giant posted a 26% drop in pre-tax profits to £4.4bn as it paid out billions of pounds to customers in PPI compensation. Lloyds Banking Group includes the Lloyds, Halifax and Bank of Scotland brands: Lloyds has the biggest bill of all the banks for mis-selling of the insurance policy – which was intended to cover loan payments if, for instance, customers fell ill. But the insurance was often sold to people who did not want or need it: The bank, which had announced branch closures earlier this year, said the latest job cuts – coming between June and October – would not mean more sites closed…………………..”As customers are using our branches less often, we are reducing the number of roles across our branch network,” a spokeswoman said. 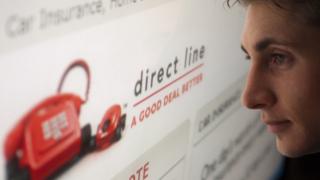 “This means we can shape our service according to customer behaviour and local demand: Change does mean difficult decisions and we are focused on supporting our colleagues at this time.”But Scott Doyle, from the Unite union, said: “The decision by Lloyds Banking Group to cut the equivalent of 780 staff from its branches is yet more evidence of the bank’s profits over people culture.

“The Bank of Scotland, Lloyds and Halifax branches hit by the extensive staff cuts today will have sent shockwaves through the communities which are at present served by highly experienced bank staff: Unite accepts that banking models constantly change and update but this doesn’t need to equate to walking away from community banking and the public who have been loyal to the bank.”…….He said customers needed staff in their communities, not just via an app.

What is the situation at Direct Line?

The insurer, which plans to axe about 7% of its workforce, said a cross-section of roles would be cut: It will announce more details once staff have been informed: A spokeswoman for the company, which also owns the Churchill and Green Flag brands, said: “Like many companies we are having to prepare for changes in the way we operate reflecting changing customer behaviour where people are increasingly opting to interact with us digitally. We are therefore proposing a number of changes across the business which sadly mean the loss of jobs for some of our people: “These decisions are always really difficult, we take the wellbeing of our people very seriously and have given people as much time as possible to prepare.”

Editor says #AceNewsDesk reports are provided at https://t.me/acenewsdaily and all our posts, links can be found at here Live Feeds https://acenewsroom.wordpress.com/ and thanks for following as always appreciate every like, reblog or retweet and free help and guidance tips on your PC software or need help & guidance from our experts AcePCHelp.WordPress.Com