#AceFinanceReport – May.26: Aida Batlle grows coffee on her family’s farm in the hills surrounding El Salvador’s Santa Ana Volcano. Like generations before her, she had little use for the skin that encases the beans, so she’d turn it into cheap fertilizer or, more frequently, trash it. Then one day, walking past some husks drying in the sun, a smell hit her, a good smell: hibiscus and other floral aromas. It dawned on her, she says, that some value might be extracted from what she had long considered refuse. So she steeped the husks in hot water and had a taste. “Immediately I started calling customers to try it,” she says #AceFinanceDesk reports 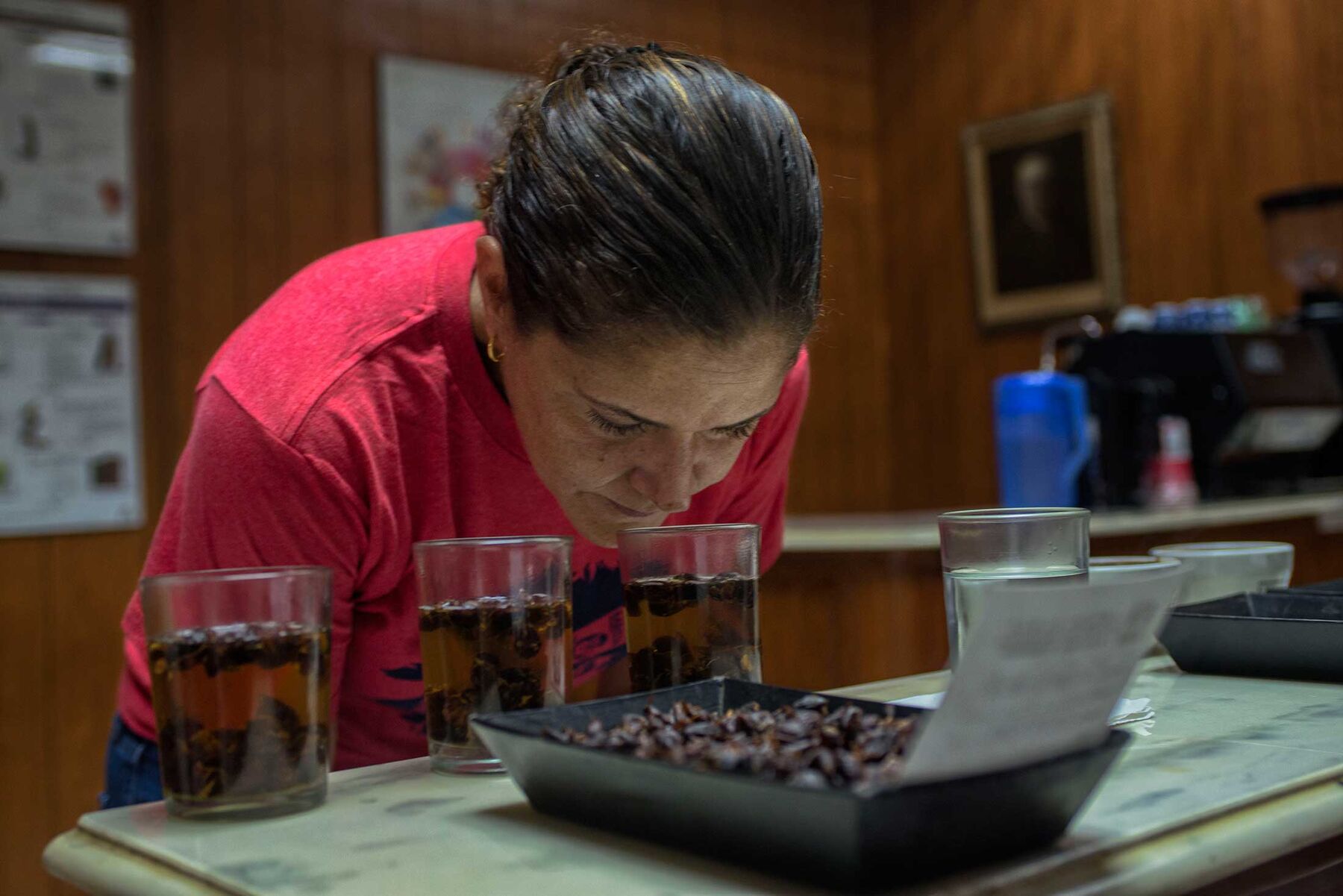 Starbucks Corp. recently introduced new drinks in the U.S. and Canada sweetened with cascara syrup, and offers a sugar topping made from the husk. Competitors such as Stumptown Coffee Roasters and Blue Bottle Coffee are adding it to their menus, too, as tea and a carbonated drink. 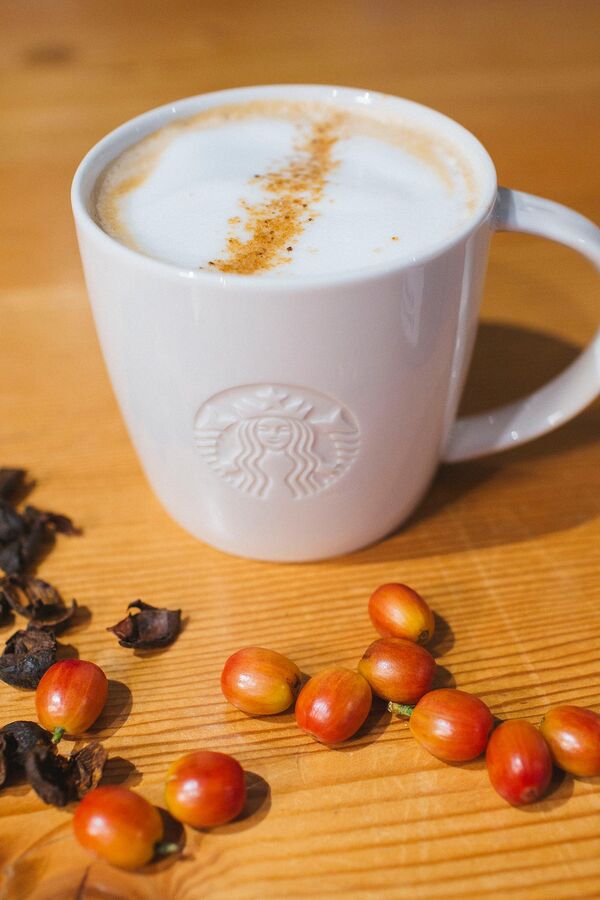 At a Starbucks in Chicago’s Loop, a medium iced cappuccino with cascara foam goes for $4.75. (In case you’re wondering, that’s essentially a low-fat cappuccino whose foam and syrup have been spiked with an extract made from a blend of sugar and ground-up dried coffee husk.) “Starbucks is great at taking things and introducing it to the masses,” says Michael Schultz, co-founder and chief executive officer of Coffee & Tea Bar Holdings LLC, which operates two Fairgrounds Coffee & Tea locations in Chicago and is preparing to open others in Minneapolis and Los Angeles. “People are becoming more and more aware.” Fairgrounds recently completed its final testing for a cascara-laced specialty drink that will be priced at about $5.

Thanks to demand from these chains, the coffee husk now often fetches a higher price than the bean itself does. Batlle says she gets $7 for a pound of cascara, while the average price for coffee hovers around $1.20, the lowest in about two years, because of an oversupply of arabica beans.

Cascara contains little caffeine and has a less assertive taste than coffee. In addition to notes of hibiscus, it can have papaya or green apple flavors depending on how and where it’s cultivated, according to Batlle, who counts Blue Bottle among her customers. (Blue Bottle, owned by Nestlé SA, offers a Cascara Fizz soda as part of its noncoffee options.) 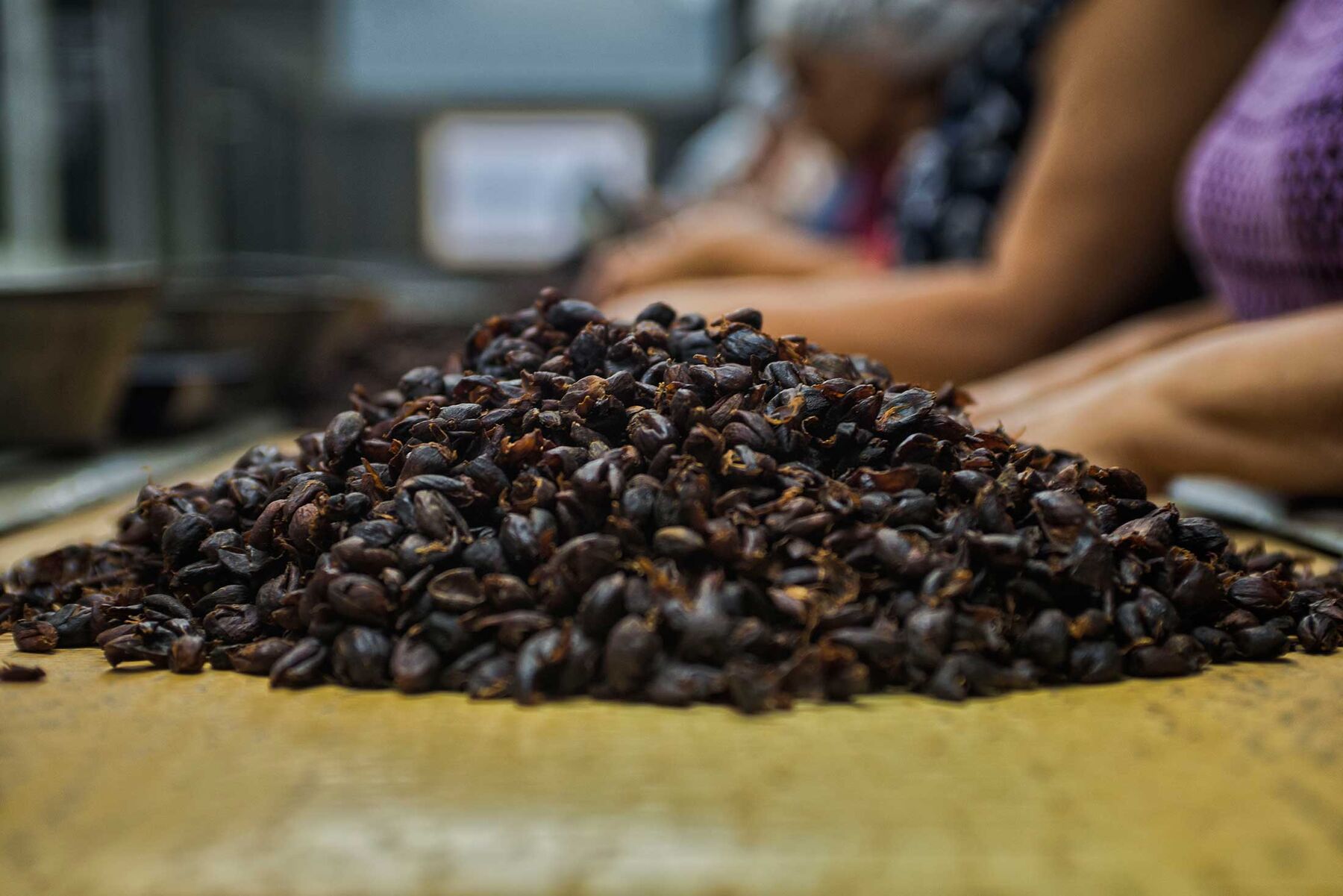 The dried coffee husk is cleaned before it is packaged as cascara tea.

Sam Sabori, national quality control and roasting manager for Chicago-based Intelligentsia Coffee, says he often associated cascara with heavier flavors like raisins and port. Recently, however, he says, he tried a more “tropical” variety out of Guatemala that stood out, and now the chain is considering cascara for its menu.

Cascara sales are still too small to measure. And while demand is growing right now, for farmers such as Batlle there’s still a risk that this will prove no more than a passing fad. “We don’t want to be buying 500 pounds one year and nothing the next year,” says Sabori. “We want this to be sustainable for everyone involved.”

Batlle’s volume of cascara sales have increased to “thousands of pounds a year,” and she says she has no fear that the commodity’s growing popularity will end up cannibalizing coffee. “Especially in this market of really low prices, it really helps,” she says.

(Removes mention of Stumptown in the fifth graph to reflect that the company is not one of Batlle’s customers.) https://t.co/CBHyjnrnlr https://t.co/PlYujpMGm7 – https://t.me/Bloomberg/210938

Editor says #AceNewsDesk reports & #Brittius says are provided by Sterling Publishing & Media News and all our posts, links can be found at here Live Feeds https://acenewsroom.wordpress.com/ Ace News Services Posts https://t.me/acenewsdaily and thanks for following as always appreciate every like, reblog or retweet and free help and guidance tips on your PC software or need help & guidance from our experts AcePCHelp.WordPress.Com or you can follow our breaking news posts on AceBreakingNews.WordPress.Com or become a member on Telegram https://t.me/acebreakingnews all private chat messaging on here https://t.me/sharingandcaring

#AFNews – 26/05/18: US Reaches Deal To Keep Chinese Telecom ZTE in Business: The deal, communicated to officials on Capitol Hill by the Commerce Department, requires ZTE to pay a substantial fine, place U.S. compliance officers at the company and change its management team, the aide said:

Published on May 25, 2018 at 09:28AM: From a report: The Commerce Department would then lift an order preventing ZTE from buying U.S. products. ZTE was banned in April from buying U.S. technology components for seven years for breaking an agreement reached after it violated U.S. sanctions against Iran and North Korea…………….The Commerce Department decision would allow it to resume business with U.S. companies, including chipmaker Qualcomm Inc: #AceTelegramNews https://t.me/acenewsgroup/491523

Editor says #AceNewsDesk reports & #Brittius says are provided by Sterling Publishing & Media News and all our posts, links can be found at here Live Feeds https://acenewsroom.wordpress.com/ Ace News Services Posts https://t.me/acenewsdaily and thanks for following as always appreciate every like, reblog or retweet and free help and guidance tips on your PC software or need help & guidance from our experts AcePCHelp.WordPress.Com or you can follow our breaking news posts on AceBreakingNews.WordPress.Com or become a member on Telegram https://t.me/acebreakingnews all private chat messaging on here https://t.me/sharingandcaring