Britain is enjoying a #Brexit boom fuelled by a series of major investment announcements.

Second: UK house price growth edges up, no Brexit effect yet – Nationwide British house prices rose at their fastest annual pace in four months in July, in data that might not yet reflect any impact from June’s vote to leave the European Union, mortgage lender Nationwide said on Thursday.

I will be adding more before or when Article 50 is triggered .. Check back .. Add a comment or any links and I will add your with full attribution to your site .. Ian 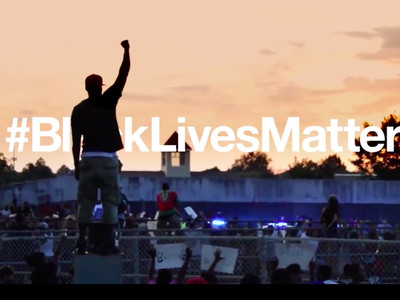 That’s a big improvement over the last one.

Twitter unveiled a new video ad Monday morning, and it does something that its previous TV commercial never did: It explains why you might want to use Twitter.

Here’s a look at the a new ad, which Twitter is running on its own properties for now and will soon pay to distribute on other digital platforms:

“What’s happening in the world?” the narrator asks over video of Donald Trump campaigning and clips from “Game of Thrones.”

“What’s everyone talking about? How did it start? See what’s happening in the world right now.”

This is, in essence, why anyone uses Twitter. To answer these exact questions. And now Twitter is explaining that, or at least highlighting it, in a way that might catch people’s attention.

Twitter’s newish CMO, Leslie Berland, published a blog post to coincide with the new video. The company apparently spoke to lots of people about Twitter and learned that many simply didn’t understand the product:

First, most didn’t know or simply misunderstood what Twitter was for — many thought of Twitter primarily as a social network, a place to find and connect with friends and family members. Second, they thought if they wanted to use Twitter, they were “supposed to Tweet every day” and didn’t think they would have that much to say. We realized we had some explaining and clarifying to do!

Why is it surprising that Twitter’s new commercial actually explains what Twitter does? Because the last commercial, which ran during the 2015 World Series, left people totally confused. That ad was for Moments, the live events product Twitter had just released. The commercial was cluttered and confusing and seemed to be targeting existing users, which isn’t necessarily Twitter’s problem.

(Side note: Moments doesn’t seem to have made any material impact on Twitter’s business or user base since then, either. Plus, the man who led the charge to build Moments left for Oculus this past May.)

So while, yes, it’s just a commercial, it’s a step in the right direction. (While communicating its value to potential users is one of Twitter’s biggest problems, it has several others, such as harassment.) And make no mistake, this commercial was released with investors in mind.