The first of a fleet of state-of-the-art new trains which will transform rail travel in the south-west and Wales was unveiled today (30 June 2016) in a ceremony attended by Transport Secretary Patrick McLoughlin.

Great Western Railway (GWR) introduced the new train by running a special service to celebrate 175 years of the opening of the Great Western Main Line.

The Class 800 train, specially designed and built by Hitachi for the government’s £5.7 billion InterCity Express Programme (IEP) will generate over 700 direct jobs and support thousands in the supply chain. 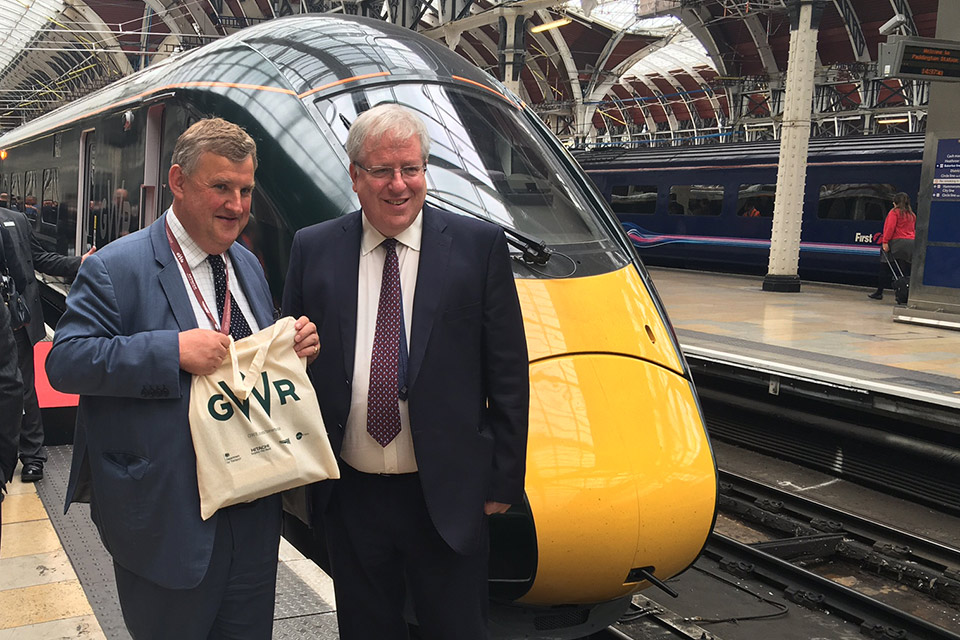 Britain’s railways have a glorious past and even brighter future thanks to the record amounts we are investing to modernise the network, deliver better journeys for passengers and drive economic growth.

The unveiling of Great Western Railway’s first state-of-the-art IEP train offers a glimpse of the benefits passengers in the south-west and Wales will enjoy from 2017. These include more seats, greater comfort, better reliability and faster, more frequent services. 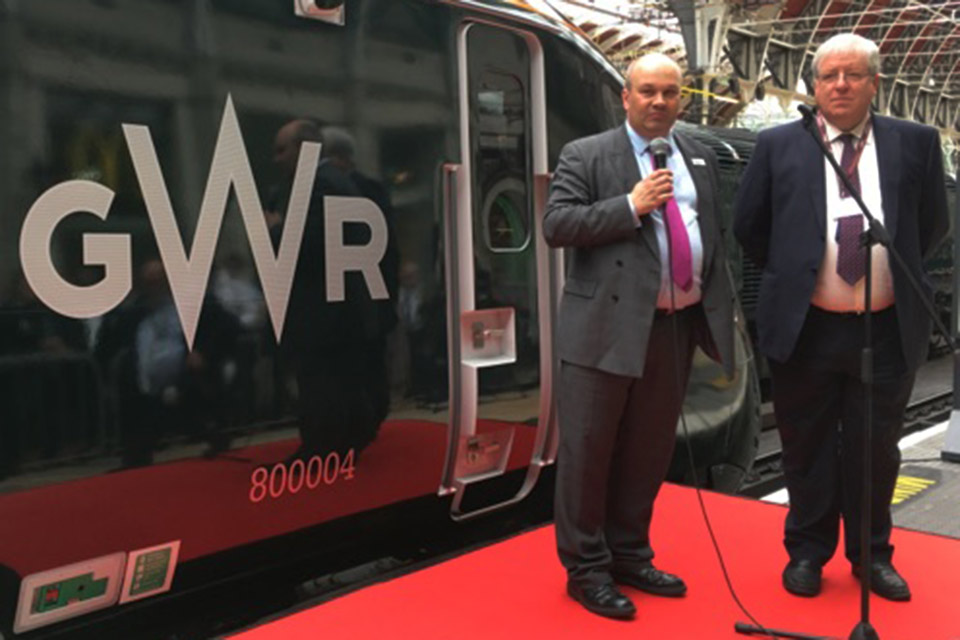 The new trains will be manufactured in Britain and will include more seats, greater legroom, free Wi-Fi, power sockets at each seat, LCD seat reservation indicators and increased space in overhead luggage racks.

The new fleet is being introduced as part of the biggest investment on this railway since Brunel, including electrification of the line. Guests, including the Transport Secretary and local stakeholders, travelled on the train from Reading to London Paddington to mark the unveiling and special anniversary.

The trains, which are currently undergoing testing, will start to be introduced into passenger service from next summer on the Great Western Main Line. The 57 trains are expected to operate on services between London and Reading, Oxford, Swindon, Bath, Bristol and South Wales as well as north and south Cotswold lines.

See inside the driver’s cab with this 360 degree virtual reality video.

Spain will compete with other countries in the European Union to host the headquarters of the EU’s London-based bank regulator following Britain’s decision to leave the bloc, its deputy prime minister said on Friday.

The race to host the European Banking Authority is led by Paris and Frankfurt, the largest EU financial centres, but no decision has been reached and other countries have also put themselves forward in the scramble to give London’s agencies a new home.

Spain has set up a working group to drive Spain’s bid for the EBA and for the London-based European Medicines Agency, Soraya Saenz de Santamaria told a news conference.

Santamaria also said Spain would seek to lure international banks based in London which are looking to move their operations to remain inside the European Union.

“We will focus intensely on measures that can help us to boost the competitiveness that Spain already has, such as its level of economic growth, so that financial institutions that need a secondary base in the EU move here,” she said.