#AceFinanceNews – Sept.10: On April 5, 1933, FDR signed Executive order 6102 which made illegal “the Hoarding of gold coin, gold bullion, and gold certificates within the continental United States” in the process criminalizing the possession of monetary gold by any individual or corporation.

This was de facto gold confiscation; De jure it wasn’t, because as compensation for the relinquished gold, Americans would receive 20.67 in freshly printed US dollars for every troy ounce. Anybody who objected faced a fine of $10,000 (just under $200,000 in inflation-adjusted dollars) and up to 10 years in prison.

Once the government was confident it has confiscated enough gold, it turned around and raised the official price of a gold ounce to $35 (about $600 in today’s dollars) devaluing the US Dollar by 40% overnight at a time when currencies were still backed by hard assets.

Fast forward 82 years to a time when the barbarous relic continues to be seen as the safest store of value among India’s vast population (roughly 20% of the world’s total), not to mention the main source of financial headaches for local authorities, one of the biggest importers of gold due to its “traditional” values and where relentless Indian demand for offshore purchases of the shiny yellow metal so plagues the government’s current account and capital flow strategy, that the government may be preparing to pull a page right out of the FDR playbook.

Yesterday, Prime Minister Narendra Modi’s cabinet implemented the selling of “gold-backed bonds” when it approved the gold monetization plan and sale of sovereign bonds proposed several months ago by the Reserve Bank of India, the government said in a statement. The plans were first announced by Finance Minister Arun Jaitley in February as measures to woo Indians away from physical gold. As Jaitley explained yesterday, the deposited gold would be auctioned, used to replenish the Reserve Bank of India’s reserves or be lent to jewelers. Subsequently, gold “depositors” can redeem in gold or cash depending on the tenure. Said otherwise, an attempt to “fractionally-reserve” gold, which would then be used a source of gold rehypothecation in the country that despite all the government’s efforts, remains starved for physical gold.

What does the proposal entail?

As Bloomberg summarizes, an estimated 20,000 metric tons or more of bullion – more than double holdings in the U.S. – is stashed in India’s homes and temples, according to the government. It is this gold that India is scrambling to move from private hands to the public ledger.

As covered here extensively in the past, India is desperately looking for a long-term solution to curb gold imports after the current-account deficit widened to a record $190 billion in 2013 and the rupee slumped to an all-time low.

As the chart below shows, after declining to a 5 year low in 2014 following the implementation of numerous gold capital controls such as hiking the duty on imports to a record high 10%, which however also led to a record surge in gold smuggling, gold imports soared in 2015, and this year may be the highest in gold imports on record, surpassing 1000 tons.

Which is why a closer look at what the gold monetization scheme reveals Executive Order 6102 overtones: the plan will allow Indians to deposit their jewelry or bars with banks and earn interest, while the banks will be free to sell the gold to jewelers, thereby boosting supply. The deposits can be for a period of one year to 15 years with the interest on short-term commitments to be decided by the banks and those on long-term deposits by the government in consultation with the central bank.

The sovereign gold bonds are aimed at people buying the precious metal as an investment. The securities may help shift a part of the estimated 300 metric tons a year investment demand, the government said in a separate statement. The bonds will be issued in denominations of 5 grams, 10 grams, 50 grams and 100 grams for a term of five years to seven years with a rate of interest to be calculated on the value of the metal at the time of investment, it said.

But before foreigners rush to Bombay with hopes of monetizing those bars of physical in exchange for cash flow streams, the bond purchases will be limite only to local citizens and capped a just 500 grams per person annually:

In other words, very much like FDR’s proposal, what India is hoping to do is entice the population to hand over its gold only not in exchange for a cash payment “here and now”, but to use it as a monetary, interest-bearing asset, oh feel free to mock anyone who repeats the old adage that “gold pays no dividends” – in India it now pays interest.

Will the plan work?

Some are skeptical. “It is unclear if a gold monetisation plan will be able to curb imports. A similar plan launched in 1999 had failed partly due to low interest rates, and bankers fear a repeat unless the government funds lenders to implement the programme. Jaitley declined to give details on how the government will make it attractive for banks.”

To be sure, the government can urge banks to ramp up the “deposit” interest making gold that much more attractive a monetary “investment” than mere cash, in effect confirming that this is nothing but a gold confiscation ploy (or asset swap as the purists may claim) not to mention an admission that there is something disturbingly wrong with the Indian financial system and/or economy.

But the one thing to watch for is a shift in the posture of the Indian government: for now participation in the gold monetization scheme is voluntary, and largely geared to the general public with the 500 gram/year limit. But if and when the Modi cabinet starts “urging” the population, and certainly when threats of fines and/or prison time emerge, that is when we will finally have confirmation that the second coming of Executive Order 6102 has arrived. By then, however, the ratio of paper claims to deliverable gold at the Comex should be in the 5 or more figures so at least the price of “pet rocks” should be laughable at best.

More here: “In India, Gold Is Not Only Money But Now Pays Interest.”

The full “scheme” as proposed is laid out below. 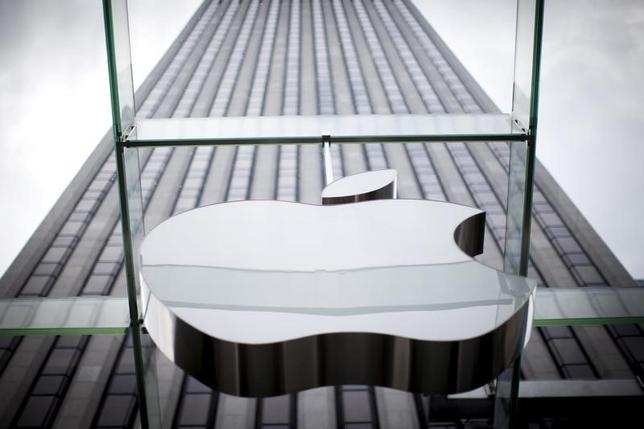 #AceFinanceReport – Sept.10: A China unit of U.S. tech giant Apple Inc underpaid taxes in 2013 by 452 million yuan ($71 million), according to a report from the country’s finance ministry, which comes as China toughens its stance on tax payments by foreign firms (Reuters Finance) reported.

#AceFinanceNews – Sept.10: The Bank of England just released its latest decision and minutes, from the September meeting of the Monetary Policy Committee (MPC).

They voted once again to hold interest rates, with only one policymaker voting for a hike. Resident hawk Ian McCafferty voted for a 0.25 percentage point increase.

Analysts were mostly expecting another 8-1 vote in favour of holding rates, like the one seen last month. Some thought it might break 7-2.

Some also thought that there might be a wild card in the form of a vote to cut rates by Andy Haldane, the Bank’s independent-minded chief economist. While‎ everyone else has been gearing up for a rate hike Haldane has been expressing concerns about the disinflation and deflation recorded around the world.

The MPC meeting minutes show what was discussed during the meeting. That included China’s astonishing market turmoil, but the MPC judged generally that there’s “solid domestic demand and a subdued external environment.”

The Bank has been running hot and cold over the prospect of a rate hike, ‎which markets expect will come some months after the US Federal Reserve’s first increase.

Sterling surged against the dollar as the decision was announced:

China’s manufacturers had cut prices at the fastest rate in six years, according to its August producer price index figures, stoking deflation fears and the expectation of further stimulus measures.

The data hit the mining sector, with BHP Billiton falling 4.9 percent and Glencore down 3.5 percent.