#AceFinanceNews- UKRAINE – March 25 – Prosecutors have accused Ukrainian confectioner Roshen of producing counterfeit products, and it has suspended production at its Lipetsk factory in south-west Russia. Imports of Roshen chocolate were banned by Russia last summer.

Russia’s Uniconf has filed a lawsuit against the Ukrainian sweet manufacturer claiming $70 million in compensation.

On March 14, 2014 the Tverskoi Court in Moscow seized the accounts of Roshen enterprises in Russia, after the Russian law enforcement agencies carried out an inspection of the Lipetsk confectionery plant.

“If we continued working we’ll have to take commodity credits and have debts to pay to suppliers. No one will lend us money in the present situation,” as Interfax quotes CEO of Roshen, Viacheslav Moskalevsky.

In July 2013 Rospotrebnadzor, the Federal Service for Supervision of Consumer Rights Protection and Human Well-Being, banned the import of the Ukrainian confectionery.

As Russia is the main market for Roshen sales fell by 6 thousand tons a month. This forced the company to close its factory in Mariupol, Ukraine.

A month later in August 2013, Belarus decided to join Russia and ban the transit of confectionary, causing an approximate $200 million loss in revenue.

During the last 6 months Roshen has been only selling in Russia production from the Lipetsk factory, amounting to 10 thousand tons a month.

Now the confectioner plans to dispute the Tverskoi Court of Moscow decision.

“We plan to file a counter-claim against the ruling. Now all our efforts are aimed at overturning the court ruling or at least reducing the blocked sum so that the enterprise is able to function. A total of around 1.7 billion rubles has been seized,” Moskalevsky said.

Roshen is one of the largest producers of confectionery in Ukraine. The company makes up to 200 different types of confectionery: chocolate and jelly candies, caramel, cookies, wafers, swiss rolls and pies.

#AceFinanceNews – MOSCOW – March 25 – Pino Arlacchi, member of the European Parliament, believes it is wrong of the European Union to grant financial aid to Ukraine and suggests confiscating funds of Ukrainian oligarchs invested in European banks.

The funds Ukrainian oligarchs invested in European banks, exceeding 50 billion euro, should be confiscated and channelled for relief to Ukraine, he said in an interview with Itar-Tass.

He believes the new composition of the parliament of the European Union will endorse such a resolution regarding Ukraine.

He noted that such measures had been approved for North Africa, when the funds of dictators of Egypt, Tunisia and Libya were confiscated. So, there exist juridically substantiated mechanisms for that, Arlacchi said.

He noted, however, that there was a need for a request for this from the Ukrainian government, which is so far under oligarchs’ control.

Arlacchi recalled that the European Union had prepared an economic package for relief to Ukraine in the amount of 11 billion euro.

Criticizing this stand he noted that two billion euro out of the sum was a grant that was actually a gift to the corrupt government that could not guarantee the return of the funds.

Arlacchi noted it was irresponsible to give such a loan to the Ukrainian government. 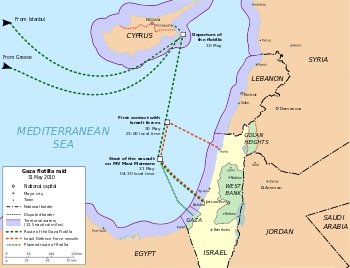 #AceFinanceNews – BRITAIN – March 25 – Britain is reviewing an agreement it made with Russian state nuclear firm Rosatom on nuclear cooperation, in reaction to the crisis in Ukraine, according to the Department of Energy and Climate Change (DECC).

Britain last November signed an agreement with Rosatom to help the company prepare potentially to enter the UK market.

The DECC said it had put the agreement under consideration over the Crimea situation. “No decisions have been made on how this work will be taken forward,” Reuters quoted a DECC spokesperson as saying. Rosatom has not commented on the statement.

#AceFinanceNews – MOSCOW – March 25 Russia has not been cooperating with the International Monetary Fund in searching for ways of providing financial assistance to Ukraine so far.

The Ukrainian side and the International Monetary Fund continue such a search, and we (Russia and IMF) do not, as far as I know,” Russian presidential spokesman Dmitry Peskov said on Tuesday, adding that a Russian representative worked at the IMF, thus “Russia indirectly participates in the process.” “However, it is difficult to speak of disbursing financial aid until Ukraine chooses new legitimate authorities,” Peskov said.

#AceFinanceNews – BEIJING – March 25 – China’s private O-bay Aircraft Company, based in the Henan province, intends to buy 100 Russia Sukhoi Superjet-100 (SSJ-100) planes from Sukhoi company to the total worth of 3.5 billion US dollars, the Beijing-based China Daily reported, noting that the corresponding agreement had been signed on Saturday.

The report says that the Russian company will provide assistance to the Chinese side in setting up an assembly plant in Zhengzhou (administrative centre of Henan). Several other Chinese companies have also displayed an interest in this project.

The newspaper reports that Russia’s Sukhoi company is well known in China thanks to its military planes. The Sukhoi civilian assembly line is to be put into operation in 2016 and reach full capacity in 2018.

The project is yet to be approved by the Chinese State Council, according to China Daily.

It notes that the Russian plane will become direct competitor to the regional ARJ-21 plane that is being created by China’s aircraft building corporation.

#AceWorldNews – MOSCOW – March 25 – The Moscow city court on Tuesday has approved as legitimate the remand sanctions against Yevgenia Vasilyeva, a suspect in embezzlement at the Defence Ministry, who will remain under house arrest until July 23, the Moscow city court ruled.

The court held hearings into Vasilyeva’s complaint against the sanctions in her absence because she preferred not to attend the hearings into her own complaint.

During the hearings Vasilyeva’ s lawyers backed her complaint and asked to repeal the remand sanction against Vasileva as “unsubstantiated and illegal”.

Softer sanctions against Vasilyeva might enable her to continue exerting pressure on the witnesses, Pavlovsky said.

The term of an investigation into Vasilyeva’s case was extended until August 8.

She was implicated in 12 episodes of embezzlement connected with illegal sale of real estate belonging to the Oboronservice Company and illegal appropriation of its funds.

A draft government resolution on the issue has been uploaded at an internet portal where the Russian government organizations publish the texts of regulatory and ancillary acts for preview.

The prohibition will also embrace the equipment and materials that include more than 50% component parts and/or ingredients produced outside the Customs Union.

In addition, the ministry proposes to block access to the Russian state-run clinics for the equipment of foreign make that does not meet Russian quality standards.

The ban will embrace the purchases made “for state and municipal needs”.

The goal of the resolution is to protect Russia’s domestic market.

It was drafted upon President Putin’s instruction.