THE ONENESS of HUMANITY

For those who have tried to do what they can to expose the historic criminality on Wall Street, Carmen Segarra is, as they say in law enforcement circles, “a person of interest”. Not in the sense that she has come to be seen as a suspect in some sort of crime, but that her case is one that can help the citizens of America and the world learn how the Wall Street operators “operate”.

As the story of Ms. Segarra is relatively new and developing, so far I have not a great deal to say about it. However the most important aspect of her story has to do with regulation of the financial sector-or should I say the lack of regulation. Carmen Segarra was a bank examiner for the New York Federal Reserve and worked on compliance issues as they related to Dodd-Frank laws as well as…

Tony Gosling is a former BBC reporter who publishes this website about his own activities and www.Bilderberg.org about his studies of the Bilderbergers.

Bilderberg meetings have been convened since 1954. Agenda and list of attendees are being determined by a ‘steering committee’.

The late James Tucker published his 25 year diary of following meetings. Daniel Estulin has written The True Story of the Bilderberg Group, and Alex Jones is the Texan expert in the US with a very popular radio show and www.infowars.com.

FOI requests about George Osborne’s attendance has revealed that they ARE making policy.

In this video Tony speaks about the sinister NAZI-based past and requests Debt Forgiveness! On behalf of victims of white collar crimes, we have long been asking for amnesty, jubilee and the Government as Compensator of Last Resort.

#AceFinanceNews – Bring back the “Bradbury Pound” take a look at this video and see why? #debt 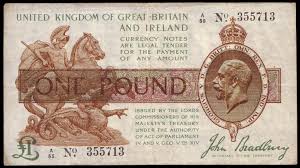 Green Credit for Green Purposeswas our proposal to the Treasury Select Committee in 2008 – ‘to do it electronically’.

But on 7 Aug 1914 the Private Secretary to the Chancellor of the Exchequer did it on paper: John Bradbury signed the Bradbury Pound – instead of borrowing money from private investors for the Government.

Justin R G Walker talks about it to Brian Gerrish of UK Columnon this video and mentions the ‘credit of the Nation’.

Austin Mitchell MP has been tabling Early Day Motions along the Public Credit since 2002.   It sounds so simple and yet is so profound:

#AceDebtNews what do you when you have no money, like the US government? Seems a simple question does it not ,well you build a $7 billion warship of course, see it was simple, ludicrous and down right crazy – but then this is the US and this play is still running in the wings #USofA

#AceFinanceNews a brilliantly well written and researched article ,well worth anyone’s time if they are involved in finance or debt advice as l am. The fact was l had never come across this “Bradbury Pound” in the 30 years as a financial adviser – really interesting. Thanks for sharing

2014 will be the 100th anniversary of the ‘Bradbury Pound‘: debt- and interest-free ‘treasury money‘ as the UK equivalent to Abraham Lincoln’s ‘greenback’ – the sane, honest and healthy alternative to ‘bank money‘: dishonest credit produced by banks from thin air.

James Gibb Stuart, author of the Money Bomb – banned from the shops in 1983 – as the ground breaking book wrote this article about the Bradburys.

The writers of the Bank of England Act 1694 knew about the power of creating money and trading with it aka usury or making money out of money – the deadly sin of riba in Islam. In 1913 the Federal Reserve followed suit. Syria and Iran are the only countries left without a Central Bank a la Anselm Rothschild:

“Give me the power to issue a nation’s money; then I do not care who…